It will soon be legal to smoke cannabis in the ACT: But what does this actually mean?

Is it a coincidence that Canberra and cannabis both begin with can? Because the Australian capital sure is proving their can-do attitude when it comes to cannabis legalisation. As of January 31, people in the Australian Capital Territory will soon be able to light up their cannabis legally (as long as it’s no more than 50g worth) and grow 2 cannabis plants in their homes.

The ACT Legislative Assembly passed the laws on Wednesday afternoon, that won’t come into effect until the 31st of January, 2020. The bill is supported by the Labor and Greens parties and is a private member’s bill created by ACT Labor backbencher Michael Pettersson. During the creation of the bill Pettersson received 80 submissions, 75 of them supported making cannabis a legal substance.

The ACT will be the first jurisdiction in Australia to legalise the possession, use and cultivation of small amounts of cannabis. This is huge for the cannabis industry within Australia, and depending on the success of the bill other could see to other Australian states following in the ACTs footsteps.

The bill has been lingering for around a year and is a small document that amends the definition of an offence relating to the use of cannabis in the Drugs of Dependence Act 1989, and also removes the drug from the list of prohibited substances.

It still bans people from smoking cannabis in public and states it should be smoked 20 metres away from children. It also still remains an offence to make artificially cultivated or synthetic cannabis.

It will remain illegal to buy and sell cannabis, and even gifting or sharing cannabis will still be considered an offence. It will also be illegal to buy, sell or provide seeds to anyone in order to grow plants. This in itself creates a dilemma, as people will have to essentially break the law to begin the legal process of growing cannabis.

What it means for the cannabis industry in Australia

The current laws in Australia regarding cannabis state that it is illegal to possess any quantity of cannabis in the ACT. There is a distinction made in the legislation that differentiates a simple cannabis offence (50 grams or two plants) and a more serious offence.

If a person is caught with up to 50 grams or two plants of cannabis, they will likely be given a warning and diverted into the health system where the person will have to go through various counselling sessions.

If they are caught a second time they will be fined $100 which is known as the Simple Cannabis Offence Notice. If the fine is not paid then court might be on the cards. These occurrences are recorded in the police system, however, a criminal record will not be created.

Under Commonwealth law cannabis remains illegal. This means that while Canberra’s territory laws allow the possession and cultivation of cannabis, you could still be charged for that very thing under federal law.

ACT chief police officer Ray Johnson stated “This [will] create a tension for ACT Policing members between their obligation to implement ACT government policy intent and to have regard for the Commonwealth criminal law” and the Commonwealth laws are a lot tougher, with a maximum sentence of two years.

This creates a massive contradiction and confusion regarding the rollout of this new law. The decision is ultimately up to individual police officers to decide what law to charge under meaning that citizens of the ACT will not necessarily be protected when the bill passes into law..

For an example of how this might play out we can look further afield. The same problem has also been occuring in America since individual states began legalising cannabis. Under American federal law, cannabis is listed as a schedule 1 drug which essentially means it is perceived as having no medical value and has a high potential for abuse. This classification classes cannabis together with the likes of cocaine and meth.

There have been many calls to reschedule cannabis, but this comes with various challenges and requirements, so there is still quite a long journey until this can happen which will likely be the same case for Australia.

Despite federal prohibition, under the Obama administration there was a far more relaxed approach to cannabis which generally allowed states to do what they wanted as long as they met a certain criteria. The Trump administration however, is far stricter, removing guidance that advised federal prosecutors against penalising cannabis use even in states where cannabis is legal.

Although the balances of state and federal power is a bit different, this demonstrates that the handling of cannabis between state and federal law depends on the particular person in power and so it is hard to say how this will work in Australia.

While this is such a great step forward for the future of cannabis use in Australia, there are many challenges that will come out of this legalisation. One being that the law could be rejected by the Australian Federal Government which has been the case in the past. Home Affairs Minister, Peter Dutton, and Minister for Industrial Relations and Speaker of the House, Christian Porter, have both already hinted that the commonwealth may overrule the new law.

Hopefully this time the law will be left alone from the federal government, but only time will tell.

Parsl is excited about this news and hopes Australia will learn from the issues found in the American and Canadian system to rollout a more flawless approach to cannabis legalisation with the integration of innovative technology for the cannabis industry. 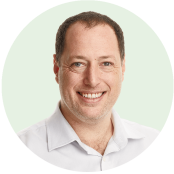 Author: Isaac Balbin
Isaac Balbin is a PhD graduate professional electrical engineer, and a successful startup entrepreneur. During his prolific career, Isaac has developed numerous unique RFID tag technologies, filed multiple successful technology patents - and has sold a startup he founded to an ASX listed company. Isaac’s journey has been defined by his focus and in-depth understanding of technology. This has lead him to excel in both the role of the technological visionary, and the commercial entrepreneur - driven to see his vision made real.

There is no excerpt because this is a protected post.

While major politicians continue to describe cannabis as a ‘gateway drug’, the tide of public opinion is tu...